What you Need to Know

The dark web is just that…dark. This part of the web is only accessible through special software and allows buyers and sellers to remain anonymous or untraceable. And you know what that means…a lot of suspicious and illegal activity.

Accessing this invisible part of the internet – where you can buy almost anything – requires the use of an anonymizing browser called Tor. It routes your web page requests through a series of proxy servers operated by thousands of volunteers around the globe, rendering your IP address unidentifiable and untraceable. Tor works like magic, but the search results are unpredictable, unreliable and maddeningly slow.

But if you are willing to wait, the dark web provides a plethora of illegal opportunities…and plenty of people are taking advantage. Here you can buy credit card numbers, all manner of drugs, guns, counterfeit money, stolen subscription credentials, hacked Netflix accounts and software that helps you break into other people’s computers. 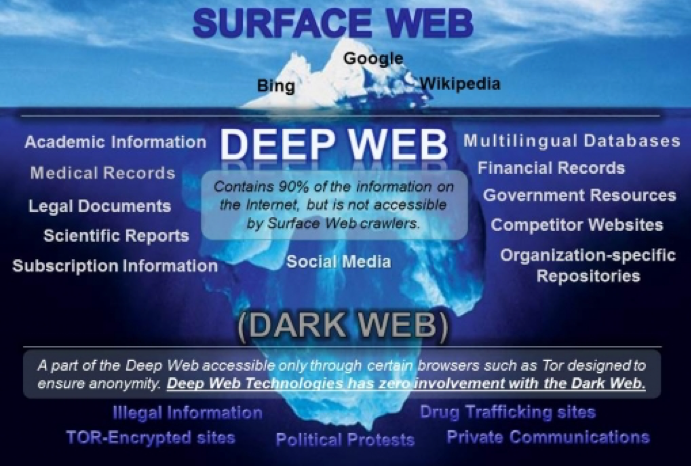 Dark web sites look pretty much like any other site, but there are some important differences. One is the naming structure. Instead of ending in .com or .org, dark web sites end in .onion. That’s “a special-use top level domain suffix designating an anonymous hidden service reachable via the Tor network,” according to Wikipedia.

Dark web sites also use a scrambled naming structure that creates URLs that are often impossible to remember. For example, a popular commerce site called Dream Market goes by the unintelligible address of “eajwlvm3z2lcca76.onion.” 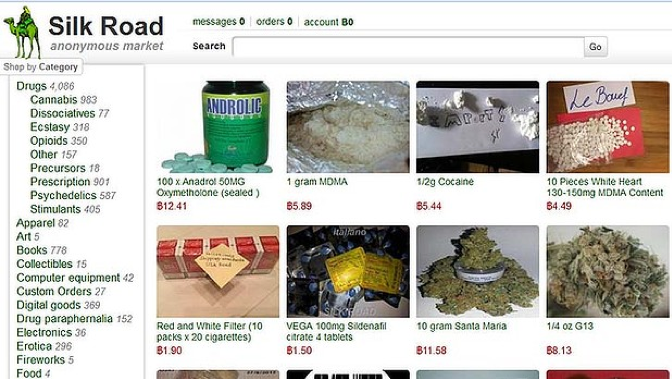 The dark web has flourished thanks to bitcoin, the crypto-currency that enables two parties to conduct a transaction without knowing each other’s identity. “Bitcoin has been a major factor in the growth of the dark web, and the dark web has been a big factor in the growth of bitcoin,” says Patrick Tiquet, Director of Security & Architecture at Keeper Security. Nearly all dark web commerce sites conduct transactions in bitcoin or some variant, but that doesn’t mean it’s safe to do business there.

Dark web commerce sites have the same features as other e-retail operations, including ratings/reviews, shopping carts and forums, but there are notable differences.
Quality control – When both buyers and sellers are anonymous, the credibility of any ratings system is dubious. Ratings are easily manipulated, and even sellers with long track records have been known to suddenly disappear with their customers’ crypto-coins, only to set up shop later under a different alias.

Shipping – Completing a transaction is no guarantee that the goods will arrive. Some shipments need to cross international borders, and customs officials are cracking down on suspicious packages. The dark web news site Deep.Dot.Web is full of stories of buyers who have been arrested or jailed for attempted purchases.

On a more positive note, there’s also material that you would be surprised to find on the public web, such as links to full-text editions of hard-to-find books, collections of political news from mainstream websites and a guide to the steam tunnels under the Virginia Tech campus. You can conduct discussions about current events anonymously on Intel Exchange.

“More and more legitimate web companies are starting to have presences there,” Tiquet said. “It shows that they’re aware, they’re cutting edge and in the know.”

There’s also plenty of practical value for some organizations. Law enforcement agencies keep an ear to the ground on the dark web looking for stolen data from security breaches that might lead to the perpetrators. Many mainstream media organizations monitor whistleblower sites looking for news.

Keeper’s Patrick Tiquet checks in regularly because it’s important for him to be on top of what’s happening in the hacker underground. “I use the dark web for threat analysis and keeping an eye on what’s going on,” he said. “I use this information to gain insight on what hackers are targeting.”

If you find your own information on the dark web, there’s not much you can do about it, but at least you’ll know you’ve been compromised. Bottom line: If you can tolerate the lousy performance, unpredictable availability, and occasional shock factor of the dark web, it’s worth a visit. Just don’t buy anything there.