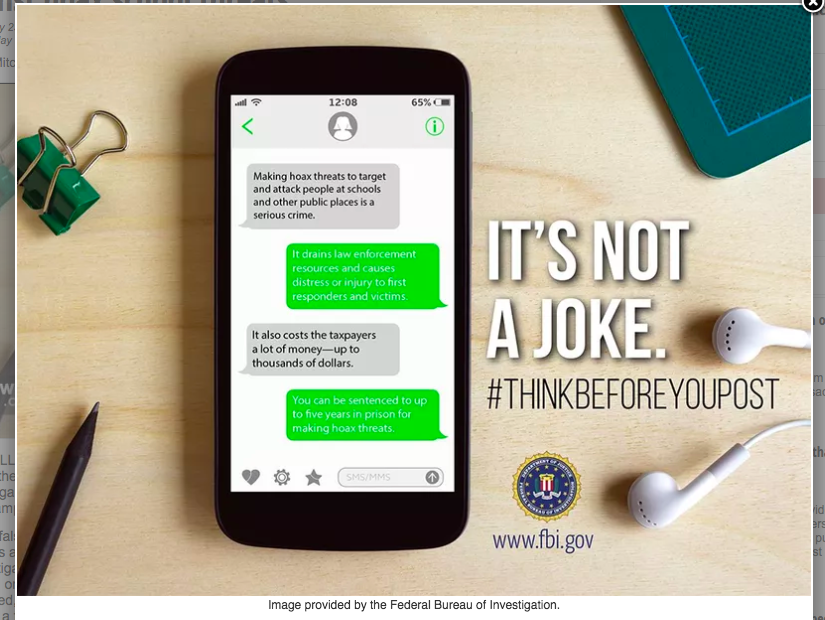 As more and more false alarms are popping up regarding school shootings and bomb threats, the FBI gets proactive in its defense of such action. Anyone thinking of pulling one of these hoaxes ought to think twice before doing so.

“Making false threats drains law enforcement resources and cost taxpayers a lot of money,” a news release from the FBI states. “When an investigation concludes there was a false or hoax threat made to a school, or another public place, a federal charge could be considered, which carries a maximum sentence of five years in prison. If a federal charge is not warranted, state charges can be considered.”

Using law enforcement officers to handle hoax threats takes them away from solving real crimes and is also a drain on the city’s budget. 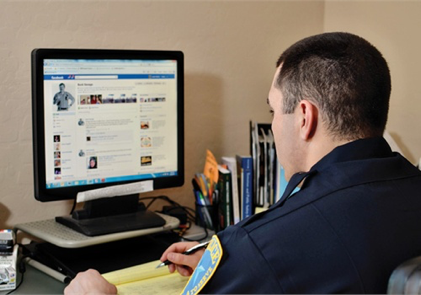 If anyone is aware of any potential threats or suspicious activity, they are asked to call local authorities at 911, or contact the FBI via tips.fbi.gov or over the phone (1-800-CALL-FBI). The public can also call their nearest FBI field office or report a tip.

Equally important is Homeland Securities “If You See Something, Say Something®” campaign. Reporting suspicious activity in social media is very important. Be sure to contact your local law enforcement agency with details; such as who or what you saw, when you saw it, why you feel it is suspicious and where it occurred.