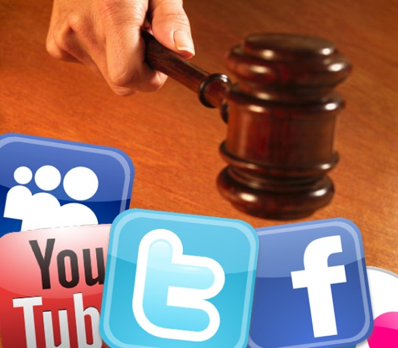 The short answer…yes and no.

Want to know how? Read on!

Most of us use social media to share pictures, exciting events or happenings, uplifting videos, and funny quotes. But some of us also use it as a platform for our political, religious, and social views as well as our downright brutally honest thoughts and feelings. Whether we transmit our rants to hundreds of eager listeners or in private chat threads, we should clearly understand the consequences of our actions.

“Sharing a public rant about your ex-spouse or former employer online may not seem problematic – a lot of people do that to get support and some cheering,” said Sherwin Arzani, attorney at Citywide Law Group. “However, you should remember that social media is evidence and discoverable. Depending on the situation, your opinions can either hurt and/or help your court case.”

In a recent personal injury lawsuit, Largent v. Reed, the plaintiff claimed that a recent accident had left her with severe physical and mental pain. During the course of the trial, defendants presented the court with post-accident photos posted to her Facebook account. These photos demonstrated the plaintiff was clearly feeling well enough to engage in her daily activities such as attending the gym and enjoying life. With this information, the court ordered the plaintiff to hand over her Facebook login information for further inspection.

The lesson? Never assume that anything you share online (publicly or in private messages) is fully confidential. “If you are involved in any case or proceeding, or even a case or proceeding that is reasonably foreseeable, think twice before posting anything that can be self-incriminating or used against you in the courtroom,” said Joseph Fantini, attorney at Rosen Injury Lawyers.

Public social media posts count as legally obtained evidence
Contrary to popular belief, it is legal to use communications garnered from social media sites as evidence. Judge Michael Corriero explains that “the prohibition against using illegally obtained evidence applies primarily, essentially solely, to law enforcement. It doesn’t apply to another civilian.” If you have exchanged self-incriminating messages with someone privately, maybe through a messenger app, those would be admitted by most courts without any issue.

According to Ambrosio Rodriguez, a criminal defense attorney at The Rodriguez Law Group, the same applies to photographs, taken and published by you or someone else. “If a friend takes and publishes a controversial picture showing you drunk in public you may act against them for unfairly depicting you as drunk. But if you were actually drinking at that time, these photos will be used as evidence against you in a relevant proceeding,” he explained.

Deleting your social media content during trials is not smart
“When you are involved in a lawsuit, the rules of evidence apply to your social media content just as they do to the discoverability and admissibility of other forms of evidence,” said Ryan Van Steenis, an attorney at Ajamie LLP, in Houston, Texas. “It is not advisable to delete the content you have shared online. Depending on the circumstances, such activity can be considered serious. A court may find that a negative inference should be held against you for the destruction or spoliation of relevant evidence. This can have adverse consequences to your case, and attorneys representing clients with social media properties should advise their clients how to manage their social media content accordingly. A client is permitted to adjust their privacy settings, but do not take any further actions that the court may deem as suspicious.”

And what you think is “permanently” deleted content” can actually be recovered using new-gen forensic recovery methods. Even if your personal device is password protected, it does not mean that the authorities cannot legally get access to it. Suspects and parties undertaking a trial can be served with a disclosure notice demanding them to reveal all passwords. Failure to comply can lead to further penalties. Everything you share on social media can become part of the public record – whether you want it or not.

So how can you stay safe?
Be a selective sharer. Always stay on the safe side and don’t share anything that you would not otherwise tell freely in public.
Consider using one of the best VPN services available. This helps keep your online activities protected against snooping, interference and censorship, according to TechNadu.
Be careful where you click. Risky apps and dangerous links sent via social media can give hackers access to spy on you, according to CBS News. Also, don’t respond to messages from strangers.