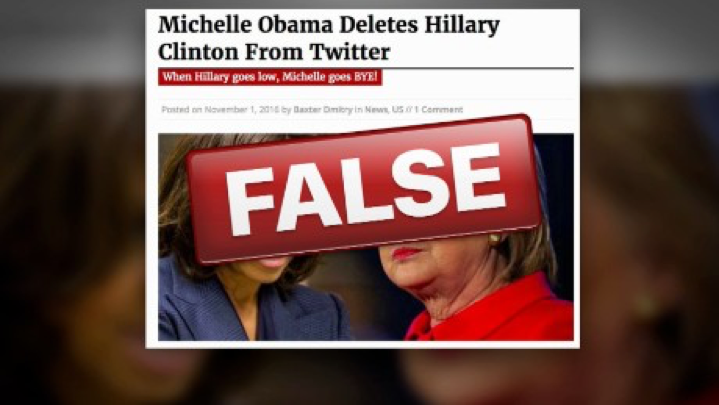 Social media is a constant stream of shared photos and videos, all of which get liked, commented on, retweeted, etc. But can you spot fake news from the actual truth?

“In today’s world, nobody can tell for sure that the information they receive is 100% accurate and reliable,” says Janey Lee, Ph.D., assistant professor of journalism at Lehigh University in Bethlehem, PA. “Even experts have a hard time weeding out fake accounts and automatic messages.”

Bots are a form of artificial intelligence that can mimic human behavior. They can retweet a story or push a link, aiming to polarize people. Many are linked to Russia. “What the Russian bots are trying to do is sow discord and make us fight,” says Randall Minas Jr., assistant professor and head of the Information Technology Management Association at the Shidler College of Business at the University of Hawaii.

Bots pick up on keywords or hashtags in controversial topics and use algorithms to create and spread extreme views that emotionally arouse people. “Those messages can create a perception of serious political polarization and huge divisions in society,” says Lee.

Networks of bots can spread messages quickly, fooling social media platforms and creating the perception that a topic is trending, when in fact it’s just being posted and retweeted by computers. People then believe that these trending topics reflect what most people think.

“Bots don’t create trends, they amplify them. That’s what we saw in Florida when David Hogg became a trending topic on multiple platforms. Bots were pushing that,” says Sam Huxley, practice chair of risk and business strategy, for the communications firm LEVICK. He’s referring to the claims that “crisis actors,” not actual students, were playing the roles of the teenagers who survived the Parkland school shootings.

How Can You Spot Fake News?

First of all, never assume that all the news in your feed is true.

Fake news is designed to provoke a specific response or incite agitation against an individual or a group of people. This fake news can spread like wildfire over the internet, particularly on Facebook or Twitter. Furthermore, identifying it can be a tricky task. That is where a classification tool developed by the Fraunhofer Institute for Communication, Information Processing and Ergonomics FKIE comes in, automatically analyzing social media posts and processing vast quantities of data.

“Our software focuses on Twitter and other websites. Tweets are where you find the links pointing to the web pages that contain the actual fake news. These news items are often hosted on websites designed to mimic the web presence of news agencies and can be difficult to distinguish from the genuine sites. In many cases, they will be based on official news items, but in which the wording has been altered,” explains Prof. Ulrich Schade of Fraunhofer FKIE, whose research group developed the tool.

To filter out fake news, the researchers employ machine learning techniques that automatically search for specific markers in texts and metadata. Linguistic errors are also a red flag. This is particularly common when the author of the fake news was writing in a language other than their native tongue. In such cases, incorrect punctuation, spelling, verb forms or sentence structure are all warnings of a potential fake news item. Other indicators might include out-of-place expressions or cumbersome formulations.

“When we supply the system with an array of markers, the tool will teach itself to select the markers that work. Another decisive factor is choosing the machine learning approach that will deliver the best results. It’s a very time-consuming process, because you have to run the various algorithms with different combinations of markers,” says Schade.

So the next time you decide to retweet, share, or comment on a picture or video make sure you know exactly where it came from and if it’s true.