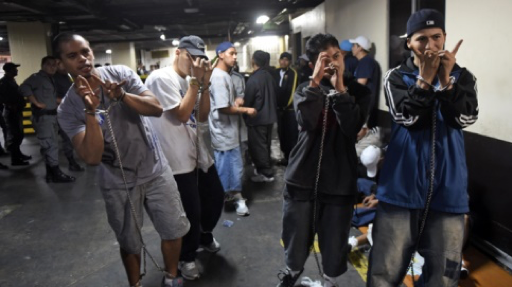 Social media is often used to paint yourself in a different light…it can make you seem more popular, more successful, and happier than you really are. In other words, you can take on any persona you want, and quickly develop a following of fans who want to be just like you.

So it’s no surprise that gangs use social media to recruit new members and intimidate rival groups. In the view of police officials, today’s gang violence is largely fueled by social media, which is used to taunt and threaten rivals, or the result of beefs that can span years, involving not just gang members, but their families and friends, as well.

Police have tried different strategies for reducing the violence, from monitoring gang members’ online activity to visiting the homes of friends of homicide victims to talk them out of seeking retribution.

The ever-expanding reliance on social media has for gang-related criminal activity has law enforcement scrambling to stay ahead of emerging trends and platforms. “If your law enforcement agency has yet to incorporate social media investigations as a routine step during your investigative process, your agency is falling behind and missing out on a gold mine of intelligence gathering,” according to Aaron Concepcion, a correctional sergeant in New York with 15 years of service,  five of which as the head gang investigator assigned to an intelligence center.

In gang-plagued Chicago, Lamanta Reese, 19, was gunned down in May 2017 after posting a YouTube video disparaging a rival gang, which included a possibly misconstrued emoji that his shooter believed was an insult against his mother.

The Mexican cartels, specifically Los Zetas, have tracked down and murdered at least four bloggers posting opposition. This includes a 39-year-old woman who was decapitated and two men hanged from an overpass with a sign saying, “This is going to happen to all internet snitches. Pay attention, I’m watching you!”

Because of the increased use of social media, law enforcement is stepping up its game in an effort to conduct surveillance and interdiction operations. The new generation of tech-savvy millennials joining the ranks of law enforcement are more in tune with social media trends. Concepcion says he has utilized a wide variety of online tools: “There’s no one-stop-shop or sole technique for mining information online. You might find success with a particular technique on one case, and then find it unsuccessful on another,” he said.

“You would be surprised at the amount of information you can acquire by simply running a name on Pipl.com,” said Concepcion. While most gang members rarely use their real name on social media, searching the profiles of their family, friends and visitors who are less cautious often leads directly to the suspect or provides valuable intelligence.

Another successful case comes from San Diego, California, where members of the West Coast Crips were arrested after some posted selfies that were taken at murder scenes to Facebook; 56 gang members were charged with racketeering and conspiracy to distribute drugs and guns.

“Mining social media may not always hand you a home run like the above cases, but it can provide you with pieces of the puzzle, like a photo for facial recognition, gang affiliations, associations or current locations,” said Concepcion.

Concepcion suggests departments choose at least two officers and begin sending them for training. Next, start searching for suspects they’re already familiar with and continue mining for information. “If there is a particular gang in your area, I’d research and decipher their lingo, as well as read through their lessons if possible,” he said. “You can execute a simple hashtag search on google or Instagram using the same lingo such as #MS13 #BlazingBilly.”

Create files and utilize programs like the snipping tool that comes with most Windows-based computers, and take screen shots as you go. Using the snipping tool also saves the date and time stamps your activity. There is no doubt you will come across pages with photos of familiar suspects, guns and drugs. Your biggest issue will not be finding the activity, but organizing the information and identifying the suspects.