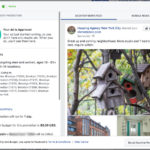 Finally after years of criticism, Facebook announced that it would stop allowing advertisers in key categories to show their messages only to people of a certain race, gender or age group. The company said that anyone advertising housing, jobs or credit — three areas where federal law prohibits discrimination in ads — would no longer […]