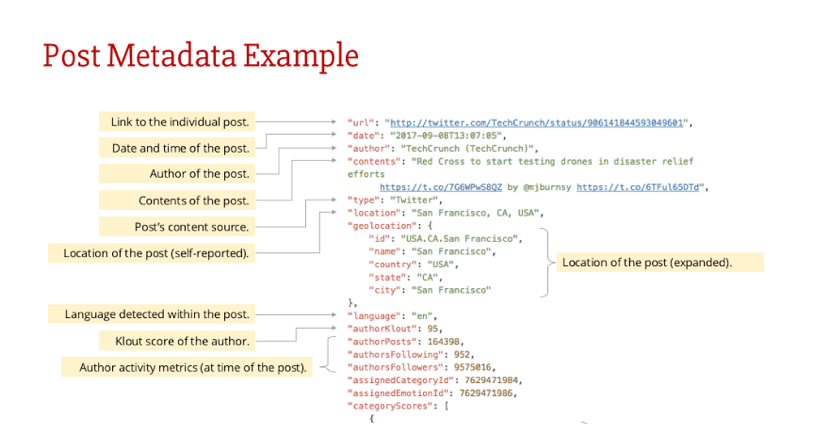 Every day we read tweets, Facebook posts and browse Instagram stories. All we see is what’s on the surface…but if we dig deeper we could find an enormous amount of hidden data. This data is called meta data.

To put it simply, metadata means “data about data”. Metadata is used to summarize basic information about data which can make tracking and working with specific data easier. The term was first used to describe the physical card catalogs in libraries before transitioning to being a term to describe digital data.  Another common use of metadata is around digital photographs, where the metadata can describe the size, resolution, creation date, camera used, and much more for every image.

In the context of social media analytics, metadata is all of the data about a particular social media post. While some of that data can be seen in the social feed where that post appears, a lot of metadata is hidden behind the scenes.

How is Metadata useful?

More than Meets the Eye 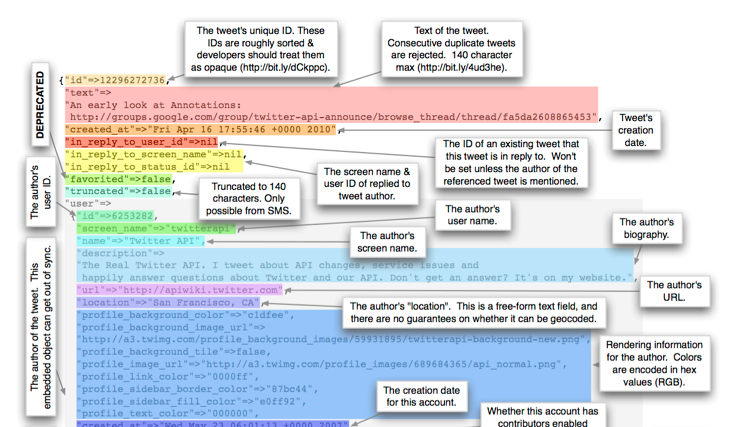 This is the metadata from one Tweet. As you can see, it contains a full set of data on the user who posted the Tweet, including user ID and screen name, the date the account was created, the user’s location, and information about geotagging and privacy features set up on the account. That information is sent out with every tweet!

Since 2010, even more metadata has been added to Tweets. Now you can see whether it was a retweet, a direct message, a reply message, and a complete list of all hashtags the Tweet included. The metadata will also include information about the application used to send the post i.e. web  or iPhone.

Another critical piece of information contained in the metadata is information on any edits or updates to a post. Facebook’s metadata will tell you both when a post was created and when it was revised/updated.

Social media evidence contains a wealth of information beyond the text contained in a post. With all of this detailed data from one individual social post, you can imagine the massive amount of data contained in over one trillion social media posts! Analyzing that massive data set can help uncover powerful insights about brands, products, consumers, or any other topic.