We no longer live in a world of modesty. It seems nothing is off limits these days…online confessions, incriminating selfies, and detailed accounts of crimes. Experts now explain how social media has helped solve numerous investigations.

Take 22-year-old Melinda Vasilije, who was found stabbed to death in her Kitchener, Ontario apartment. Soon after, a Reddit post titled “Wanted for Kitchener murder – my side” surfaced. It was allegedly authored by Ager Hasan, 24, Vasilije’s former boyfriend.

In what allegedly appeared to be a detailed confession, Vasilije explained in detail what happened that night. He also posted photos of the former couple together and screenshots of text messages between them. Hasan went on the run in the United States while a warrant was out for his arrested and has been charged with second-degree murder. Preliminary court proceedings are currently underway.

While most social media posts to be self-serving, Hasan’s posts while on the run seemed reactionary rather than motivated by an audience. However, there have been a number of recent cases where it’s obvious the suspects wanted an audience.

For instance, the 24 year old “selfie killer” Amanda Taylor, who was convicted of murdering her father-in-law, 59-year-old Charlie Taylor. Amanda took a selfie holding a bloody knife in front of the dead body of her father-in-law. She then posted it on her social media. While she was on the run she still made time to update Instagram with a photo of a gun in her lap and a note that seemed suicidal in tone. “Alright… It’s about that time. I’m going to go find my husband in Hell and finally be at peace.” Amanda is now serving life in prison after being found guilty of first-degree murder.

When asked why she would post about committing murder on social media, she told local media: “I guess I was proud of what I had done and like I got online and saw a couple different news postings and me and Sean, like, we were wanted,” she said. “They were looking for us, and I don’t know, I just felt the need… I was excited that I had finally [done] it.” 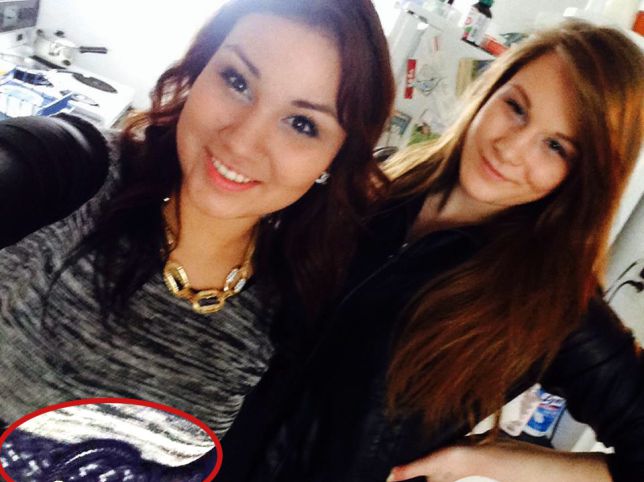 Another example of incriminating social media posts involves Cheyenne Rose Antoine, a 21-year-old woman in Saskatoon, Saskatchewan. She was found guilty of manslaughter and sentenced to seven years in prison for killing her best friend. A key piece of evidence that was used to prove she had killed her friend, 18-year-old Brittney Gargol, was a selfie of the two women that showed Antoine wearing the same belt that was found next to Gargol’s body on a road near a landfill.

Lisa Watson, who was Antoine’s criminal defense lawyer, said she’s been seeing social media come up more often in criminal cases since she started practicing law in 2010. “It was all very foreign when social media kind of started exploding onto the scene,” Watson said. “Courts now, at least in my experience, are much more familiar with the various social media platforms.” Watson said Facebook in particular is one platform she’s seen progress in recent years.

“It seems there’s more of an acceptance of evidence coming forth from social media in criminal courtroom now,” Watson said. “Anything that gets written down or recorded, posted, anything like that, people just don’t realize the amount that it can be used and the ways it can be used in a courtroom. Be cautious about what you post,” Watson warns, “and be aware that it can be used perhaps to help you, but perhaps to form a criminal prosecution against you in the future.”

Law enforcement agencies are also turning to social media as a means of both solving crimes and connecting with the public. After 39 years in law enforcement, Florida’s Brevard County Sheriff Wayne Ivey has created a unique use of social media to apprehend alleged perpetrators.

Since taking office in 2013, his department’s Facebook page has amassed more than 100,000 followers. Ivey’s “Wheel of Fugitive” broadcast on Facebook and YouTube, in which he asks the public for tips to locate individuals with current warrants (and yes, he spins a wheel with their mug shots), has led to a number of arrests over the past half-decade. Ivey says his team’s social-media output reaches between 300,000 and 700,000 people weekly—far more than they could hope to reach with more conventional methods.

“When I became Sheriff in 2013, one of my goals was to get vital crime information to the public before they became a victim, and not after,” says Ivey. “We found out very quickly that the overwhelming majority of people were using social media to interact.”

According to Ivey, the success rates in delivering and obtaining information this way, he says, are unprecedented.  With the “Wheel of Fugitive” program, Ivey estimates, as much as 88 percent of perpetrators turn themselves in or are found using citizen tips.

The bottom line is that social media is fair game. Everything you post is public and could be used to help or hinder your case. So think twice before you post!