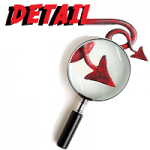 For those unfamiliar with the term OSINT Research, it is explained this way by Wikipedia

Open Source Intelligence (OSINT) is the collection and analysis of information that is gathered from public, or open, sources.[2] OSINT is primarily used in national security, law enforcement, and business intelligence functions and is of value to analysts who use non-sensitive intelligence in answering classified, unclassified, or proprietary intelligence requirements across the previous intelligence disciplines.

OSINT Resources Reveal the Details From the Deep Web

Many times our clients want to better understand the difference between a social media scan and a deep web scan. Taking a close look at the image above explains a lot and kind of surprises most people in terms of the data on the web that is openly available.

Does it always work out this way? Not at all. Mainly because some people are much better at hiding this than others or because they were advised to delete everything online by advice of counsel. However, these are the kind of details OSINT research is all about. You will not find this in a Google search.