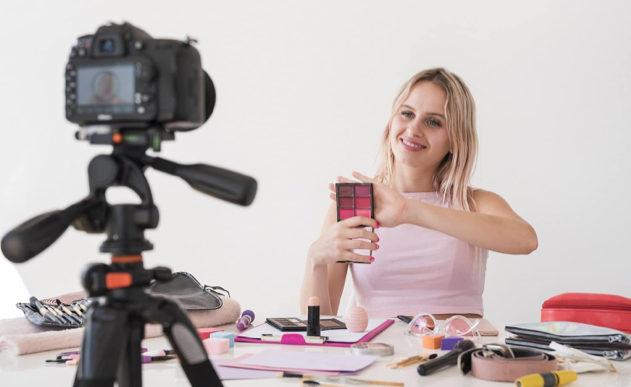 Influencers are everywhere…on television commercials pushing certain brands, on the radio talking about products they use, and now on social media…which is probably the most impactful means of marketing nowadays.

What exactly is an influencer? It is an individual who has the power to affect purchase decisions of others because of his/her authority, knowledge, position or relationship with his/her audience. Influencers in social media are people who have built a reputation for their knowledge and expertise on a particular topic. They make regular posts about that topic on their preferred social media channels and generate large followings of enthusiastic engaged people who pay close attention to their views.

Brands love social media influencers because they can create trends and encourage their followers to buy products they promote. But influencer relationships are now being questioned due to the rise in influencer fraud – a dilemma that occurs when paid tastemakers use artificially inflated follower numbers to increase their asking rate for engaging their audience on behalf of a brand. While this used to be an isolated incident, it is now spreading rampantly throughout social media. According to a Points North Group study, up to 20% of mid-level influencers’ followers are likely fraudulent.

How to Spot Fake Influencers

Sniffing out fake Instagram influencers is sometimes an easy task – find a profile with two posts and a million fans and it’s definitely filled with Instagram fake followers. Other times, you have to consider the account as a whole and separate what looks real from what appears to be fake.

Influencers typically follow 1-5% of their following. If the ratio is much higher than that, it could be due to cheap growth hacks. For example, some Instagram users will follow anyone and everyone to get a courtesy follow in return, then unfollow a bunch of people all at once.

Influencers with fake followers will have a bot-heavy followers list. If you look at their list and discover many of their followers have private accounts or no profile photos, chances are they’re from a paid service to boost engagement numbers.

Most accounts with a few posts and a ton of followers is fake. Real influencers have been posting on some sort of reliable schedule for the past several months or years in order to earn their followers. True audiences aren’t easy to acquire–they only come from regularly engaging a targeted audience with quality posts over time.

Look at the total time the account has been open, not just how much has been posted. If an account is brand new and has a huge follower base, that should be a warning sign. It is possible that an influencer gets a sudden spike of followers because of an Instagram feature, press coverage or a viral post. Dig a little deeper to find out if this is the case.

Generic comments like, “Love this!” or “Epic!” are often from bots, not real fans. A telltale sign is when the comment doesn’t accurately reflect on the image, like, “Delicious!” for a picture that’s not food. Quality comments are personalized and more thorough, and the influencer will reply to a handful of them.

Influencers should have some type of non-Instagram presence, either through other social media accounts or a personal website. Search for them on Google, too. Their name should pop up somewhere, preferably in an article that ranks influencers or in an interview with them.

Instagram also has a built-in tool for verifying influencers. The “About This Account” feature is available on many accounts with large audiences.

Ever see posts with more hashtags than actual content? And really, who reads every single one of those hashtags? No one! Influencers with a loyal following don’t have to use hashtags in order to get attention. A couple of hashtags are normal, especially branded ones, but using 20 or more hashtags is a sign that that’s how they’re collecting their engagement instead of through a dedicated follower base – bots often search for photos with specific hashtags.

Social media’s power and popularity enable practically anyone to build a public-facing persona, grow a following, and serve as a pitch person for your brand and its content. And influencer marketing can be a rewarding strategy for your brand in terms of networking, reaching your audience, and making a profit. But make sure you carefully vet and select the influencers you want to work with. Build a loyal fan base by posting meaningful content related to your brand. Only then will followers know you are the real deal.