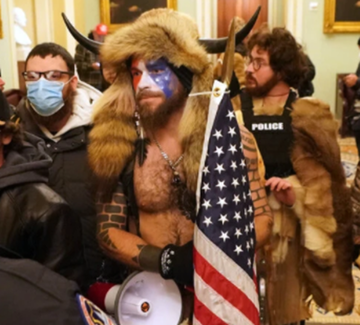 Analyzing social media posts is most likely something you don’t really do on a regular basis. Unless the case calls for it, there is not always a need for it. However, when there is, so much can be uncovered!

If you are a Netflix subscriber you may have seen this documentary. It is one of the best OSINT films out there. The documentary uncovers the months it took a group of online sleuths to reveal a real life killer. During the documentary it is revealed how helpful social media posts were in finding clues to the whereabouts of this criminal. It is graphic, so be forewarned. However, the diligence of these average people is noteworthy. It takes time to really dig and even when your subject leaves clues, it can be difficlut.

One scene in particular focuses on the street lights in a city. The subject posted a photo of himself in social media on a city street. One person recognized the style of the street lights and pinpointed them correctly as being in Ontario, Canada. She was correct, however it took so long to persuade the local police to believe her story, the suspect was already on to a new location.

It is also a great example of how important it is to really look at social media posts.

When scrutinizing social media posts, carefully look beyond the person in the post. Is there a computer screen or tablet that you can zero in on? What about a clock in the background? Cross reference this with the date and time of the post.

Photos of a person’s home can be important as well. Recently, we conducted a deep web scan on a person who was suspected of selling drugs from her home. We searched for a post that she may have forgotten about online that showed her with the drugs. While we did not uncover anything like that, because she had deleted it all, we did uncover something else.

Where possible, reverse image searching and checking exif data can help provide additional information when investigating uploaded images. We explained in more detail what Exif data is in a recent post titled, “Where Was This Social Media Photo Taken?”

Reverse image can be done with a Google Image search or Bing Image search. Some paid versions are Tin Eye and Social Catfish.

The Dark Side of OSINT

After the horrific attack on U.S. Congress this month, many law enforcement people turned to photos on social media and the deep web to locate people of interest and to investigate further.

An article, “The Dark Side of Open Source Intelligence” warns to be careful when using this method.

“While the use of open source intelligence has been praised by law enforcement and investigative journalists for its crime-solving efficiency, public data can be dangerous when used in haste on social media. The speed that makes OSINT so effective as an investigative tool can also make its use more susceptible to blunders and bias. From terrorist attacks to protests and mass shootings, open source intelligence has led to inaccurate vigilante-style justice and the doxxing of innocent individuals.“

Like everything else online, some is real and some is not. Cross referencing for data accuracy is critically important.